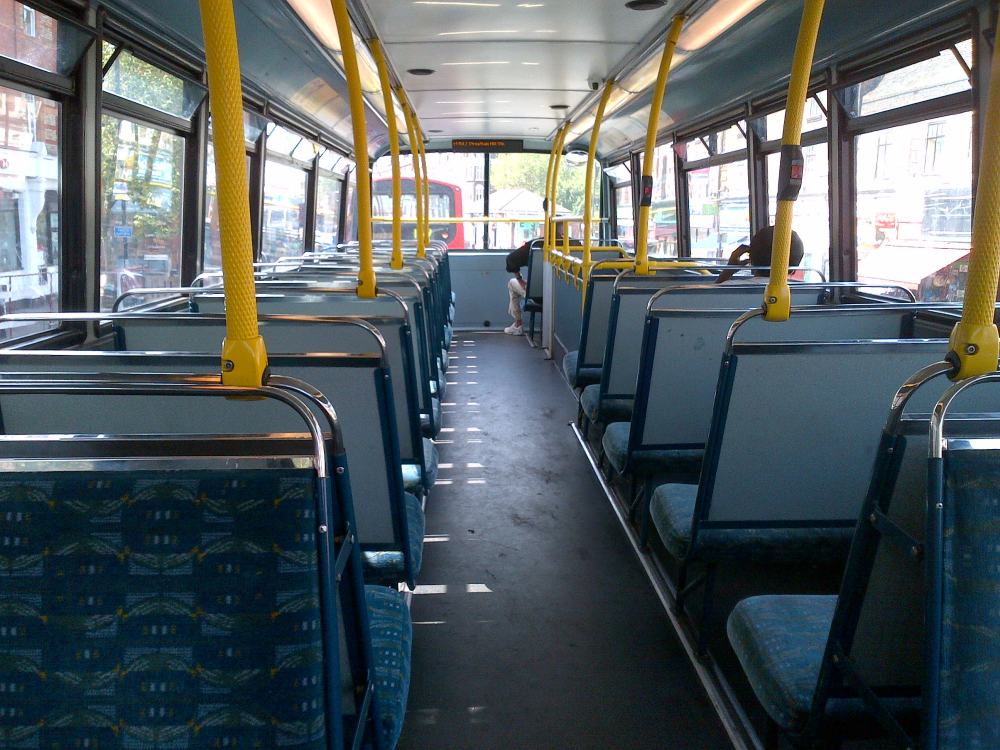 The woman was filling the boxes of her crossword puzzle in the morning paper. In pen. She sat sideways as the bus pulled away from its bay. She turned to the woman next to her and offered her a sweet.

The woman shook her head, “no,” and politely smiled her “thank you.” She had a pleasant round face topped by a hat. The leopard trimmed brim was double accented by the fringes of her pageboy peaking out and framing her full cheeks. The weather flirted with cold and the forecast teased rain. The hat was both prophylactic and camouflage–protecting against a potential storm and masking her need to see her hairdresser. She pulled the cord, requesting the next stop.

The man facing front looked up as the woman with the hat pulled herself out of the seat. She led with her chest, almost like someone was pulling her up via a string attached to her breastbone. The man read the sign floating above the aisle. It said the name of the next stop. The woman with the puzzle asked him a question. It might have been about the news or about an event at her church. He responded in a way that was familiar, but when they got to the next stop, a silent woman who was seated next to him stood up, too. He gently guided her off of the bus that pulled away as they got on to their day.

One thought on “Bus Sketches”