Hey. I’m so sorry. I’ve been neglectful in the telling of my remodeling story. Instead I’ve been staying in the office late, coming home to make amazingly delicious dinners in my camping kitchen and splitting bottles of wine with The Spouse. Oh, and every day, on the way home, I’m scoping out the progress. Of which there has been much.

So, mostly, I’ve been getting drunk.

That’s the first step in the program. Admitting it.

Truth be told, I’ve been a little bit bent since Labor Day. See, I was super pumped because the windows and doors were scheduled for delivery the Friday before the holiday. I was especially super excited about my new front door.

When your house is 102 years old, things have happened. Like there was evidence of gas light fixtures from before electricity. There were the tracks from the pocket doors that were removed some time back. There was also the ugly wall paper that covered up the damaged hallway plaster that was itself hidden by cheap, dark brown paneling.

There were the evenly placed holes in the walls where an ecologically minded prior homeowner sprayed in a shit-ton of cellulose insulation. I know that it was a shit-ton’s worth based upon the comments of the demolition crew that carried bag upon bag upon bag to the dumpster. While they don’t curse in front of me, I know they were thinking of short, perhaps four-letter, words based on their rated-G expressions at the volume of fluff.

Our red door with the heavy door knocker and a small slice of window at the tip top wasn’t original. Sure, it was old. Yes, it was cracked. But it wasn’t part of the starter package.

Nope. At some point the original door was replaced. But the doorway wasn’t “standard.”  It was extra-wide, by about eight inches. An impressive size. A welcome portal to embrace even Hagrid. Larry, Curly and Moe could all walk in at the same time without any bonks.

Somebody preferred a “standard” sized door and added some wood framing to close in the doorway. They were able to accommodate a “standard” door. It looked fine, but I knew that the door had been majestic. I longed for that big door.

I’ve been pretty careful (cheap) about unnecessary features, but the wide swing of a new door was intoxicating. Talk about curb appeal. We made the call to re-rightsize the entry.

I could barely wait. I’ve been tracking the door and window install dates on the project calendar for weeks. We went on vacation and I thought, “The door will be installed in two weeks.” We got back and I told The Big Guy that we were installing the new door during his birthday week. That was two weeks ago. The newest delivery date was today.

No windows today. No big door. Sure, I know it will happen. The Spouse reminds me that it will happen, but I want my new door. Now.

It’s not like work has halted, mind you. Lots of stuff is happening.

Like, today, the air conditioner was delivered and installed. The duct-work was snaked through the rafters a few weeks ago. The returns placed in each room all the better to cool our jets. The filter and blower was positioned in under the rafters at that same time. 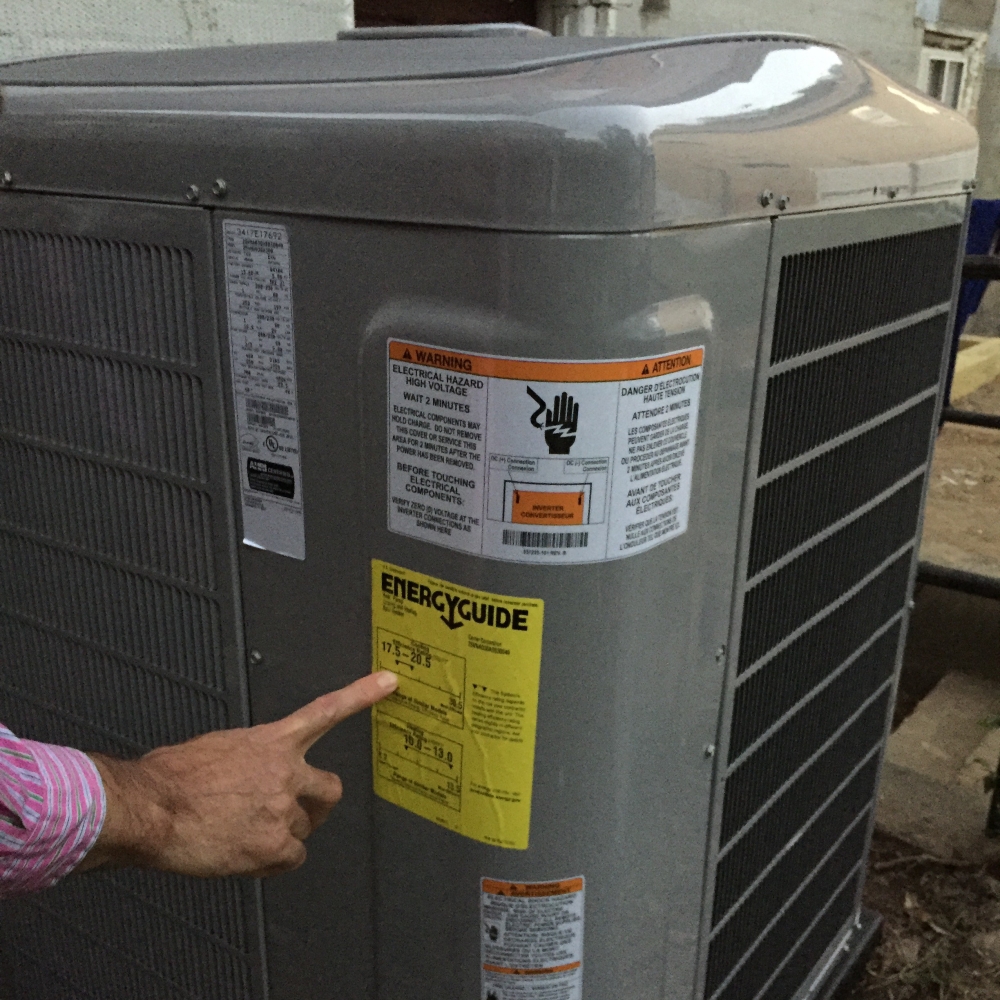 I had no idea how HUGE the actual heat pump would be! It’s a monster. The fan looks like it would cool a factory. This is also the first central air I’ve ever had (except for those eight months I lived at that weird place in Silver Spring). It’s also the first time in our married life that we won’t have window air units. It’s going to be so quiet, I probably won’t be able to sleep.

Tonight I won’t sleep because the windows and doors are supposed to be delivered tomorrow. I’m shaking my head as I’m typing this. Patience isn’t my thing. But just you wait until you see my new door. Because waiting is what we’re doing.