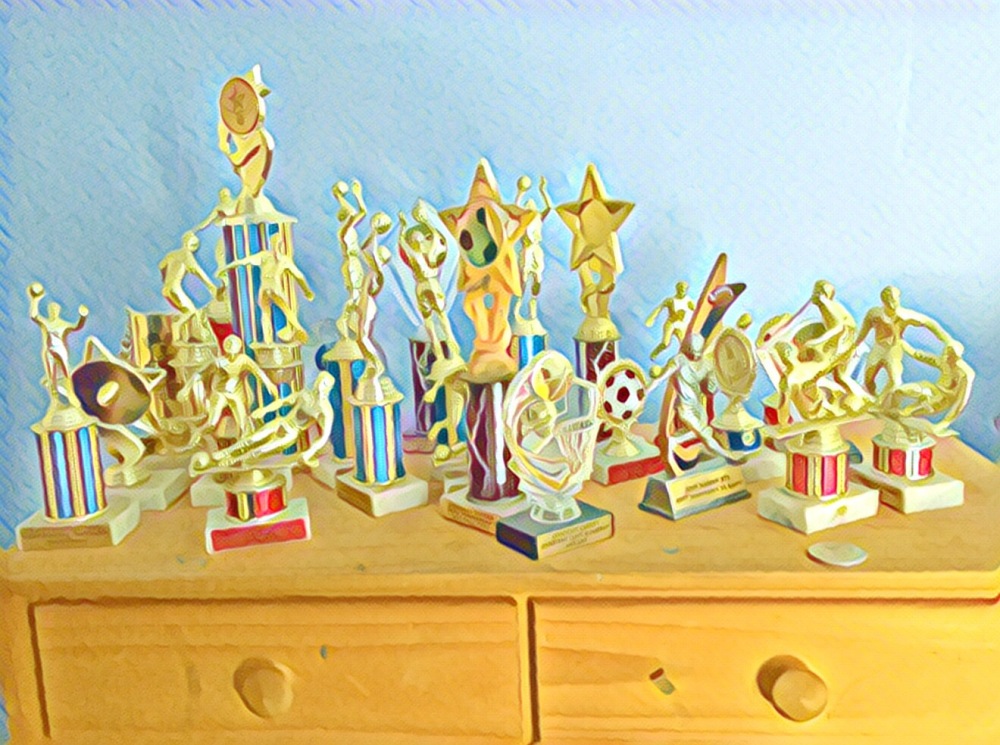 Baby Bear was instructed to clear out his room when he was home for the Christmas holidays. It was to prepare for the rehab of the upstairs. He bristled when I mentioned his Tipman A5.

“That’s the one thing I want. Why do you start with threatening that with the dump?”

He had a point. He wasn’t angry. More hurt, I think. While I was attempting to convey my ignorance of the importance of his stuff, he wasn’t feeling the urgency I expected. I went for the jugular. It was my test case. He wanted to keep it.

Honestly, this was not the best way to build momentum for an unwelcome project. Note to self: Need to work on my technique.

My own mother used to annoy me by keeping me solidly preserved in amber as my 18-year-old self. It was as if I were stuck with my permed hair, big belled Levis and a limited palette of Jack and Ginger and french onion soup for a fancy date. Forever. I don’t think that she ever really knew me after I left.

Not that she was trying to force me into a box. Not even that she was indifferent to me. It was more like she was unable to move her point of reference to the present. To where I was now.

Every time I’d see her it was always a slide backwards. Even when I married. Even when I had kids of my own. There was still a part of her that related to me as if I were my high school self. Even when I could no longer remember the references that were, to her, au courant. Over the years it became a dull annoyance, but still.

Baby Bear did a good job clearing out his stuff. He bagged stuff to donate and stuff to toss. He left some things behind with the instruction that the disposal of the remains was up to me. He knew that I would go through the kid and young adult books on the bookshelves. I already said that I couldn’t actually part with the legos.

He emptied out all of his drawers. No oversized cargo shorts, t-shirts with images that were no longer funny or school ties left. There was a pile of random phone and other small electronics chargers on the top of one dresser. On the other was an array of trophies.

There were maybe two or three thousand trophies. Well, perhaps that’s an exaggeration. But for many years there were two seasons of soccer and one of basketball, each season ending with a requisite participation trophy. He did that for a bunch of years. Then there were camp trophies. And a science fair ribbon. And the Latin medals. And the football and  baseball markers. I think there was a letter for wrestling and rugby, too.

I looked at that display of accomplishment–because participation is an accomplishment, too–and wondered why they didn’t make it into a bag. Did he think they were important to me? Did he not want to be the one to physically let them go? But he did let them go. He was done with them. He took what he wanted and moved on.

I was using childhood tricks by poking Baby Bear with the one item I knew he wanted to keep. I was stuck in that oppositional place where I con him into an action. Actually, though, he’s beyond that. I looked around at the relatively little he left behind.

He lives seventeen hundred miles away. I think about him taking care of himself. Without my daily admonitions. He’s got this. He’s moved on. Me too.

I am renaming him again in this blog. Starting now, he’s Bear. Just Bear. He’ll always have a place to stay here. We are remodeling his room, which will remain his room. If he wants it.

Both Bear and Doc are on a growth trajectory. I’ll toss the trophies. He has other things to do.

Scrolling through Twitter today I was catching up on Brexit, Benghazi, SCOTUS, Pat Summit and the regular random cat pictures, movie memes and (unfathomable to me) GoT references. Full stop when I saw this video.

I have not been able to stop thinking about it all day.

tl;dr a six year old child actor plays two roles. One, a street urchin. The other a middle or upper middle class child. People react very differently to her, ignoring her when she has a dirty face and stopping to help her when she is clean.

I watch this and wonder not just about how much people suck, but–since I’m a people, too–how much do I suck? Do I see and connect? Or am I blind and indifferent?  What does my pigeon brain see that stops me from being kind?

I’m thinking about the suburban neighbors calling the police to report unaccompanied kids, six and ten, walking down a street to the park–free range. The strangers thought those children should be protected. Then I think about police shooting a twelve year old boy who was playing, just seconds after they rolled up. They couldn’t even be bothered with administering first aid to a little boy, a sixth grader, named Tamir Rice. He had been playing with an airsoft gun. [Baby Bear had an airsoft gun in middle school.]

I’m thinking about the mother with the sleeping babe in the stroller asking downtown office workers for diaper money. People don’t even look at her. We brush past. We wonder why she’s begging. We think that she may buy drugs and not Pampers. We judge her.

Then I remember telling my parents that everyone in D.C., would be happy to help them with the subway. Just ask. I know that those same office workers who can’t see the woman with the stroller would offer my midwestern retiree folks money for subway fare. People would judge them as nice old people.

They had to stop filming the video because the little girl was so hurt. People were mean to her. Truly mean. Just because she had dirty clothes and a sooty face. But when she was clean, they were loving and kind.

She knew she was the same person. She couldn’t endure the contrast, the unfairness, the disparity, the despair. She cried. I cried, too. Not just for the mean, but because her budding soul felt the mean.

Nobody need wait a single moment before starting to improve the world. –Anne Frank 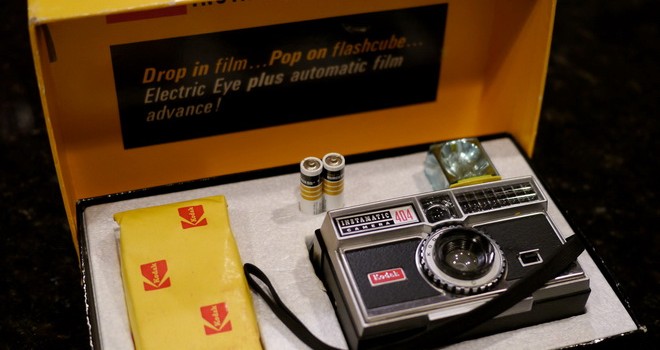 People can be very sensitive about their nostalgia.

My Sib refused to see the Starsky and Hutch remake with Ben Stiller and Owen Wilson. In her tween memories it was a serious drama, not a comedy and it was WRONG to make fun of her memories. Frankly, I might be able to watch an old episode if I thought they were trying to be funny. That’s just me. I think my Sib didn’t think that Huggy Bear should be skinny, either.

People got mad when Cap’n Crunch changed the shape of their crunch berries. Or Coke updated it’s can. More than one person declared the end of rock and roll when Walk this Way was sullied with hip hop. Having Aerosmith participate in this outrage was just shy of Bob Dylan going electric.

Robert Plant’s refusal to sing Stairway to Heaven at a Zeppelin reunion tweaked fans since that’s all they wanted to hear. All eight minutes of it. For the encore, thank you very much. Then there’s the destruction of Star Wars, the three that were the second three, because, well, Jar Jar Binks. I get the disgust. I prefer to pretend it didn’t happen, but I’m not angry.

It’s people going back to their high school and becoming hostile because they added a wing, moved the trophy case and put new bleachers in the gym. It’s the lawsuit over the beach houses that got built on the bluff that you used to play pirate on. Childhood officially ruined!

Did the Lego Movie disturb your memories of blocks? The Pirates of the Caribbean film wreck Disneyworld?

Then there’s remaking a movie with a different cast. Never mind that the first time they got Spider-Man right was last week’s Civil War. I get that it’s jarring. Maybe disappointing. But it makes you mad because your perfect Pleasantville memory is disturbed?

Did a live Mowgli disrupt your baby memories of cartoon Mowgli? Outraged by not your favorite Spock? And seriously, did you really prefer the dull original Ocean’s 11 to the delightful remix?

Which leads me to this. Really, really, really don’t pitch an internet fit, lamenting loudly and rudely, that your childhood is trashed–trashed, ruined, destroyed, extinguished, ravaged and wrecked–because of an upcoming Ghostbusters reboot. You didn’t even see it, yet. And if the awful GB cartoon didn’t ruin your life, why the hysteria?

Because women? Ugh. I didn’t need to know that about you. Some days I hate the Internet.