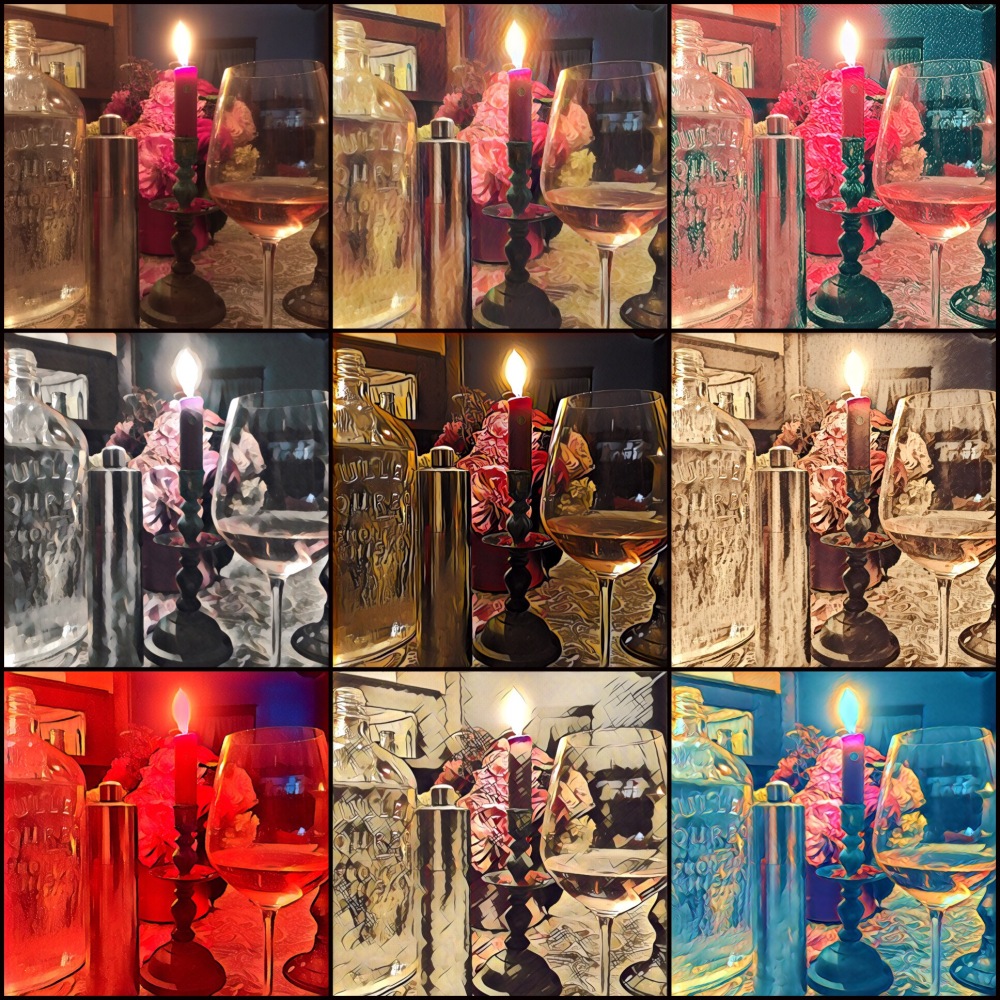 My countdown clock was ticking. I estimated ten grim days before we moved to the next stage–construction. This, followed by the final act, moving into the new old house (or old new house?). I was down to day nine.

Yeah. You knew this was coming, didn’t you, Loyal Reader.

Until. Until the morning we had our pre-construction hand off meeting. This is the meeting where the project lead passes our relationship over to the construction team. The Lead Carpenter–I’ll call him Carp from here–will be onsite daily. He will supervise all the work from setup to daily clean up, from managing plumbers and electricians to kissing up as required to inspectors or neighbors who are mad about a dumpster. He will oversee the hanging of drywall and cabinets as well as texting me for any game time approvals.

The Production Manager was there, too. He has a one level up role. I don’t really know what, but it’s built into the contract. And I like him. He has the same name as The Spouse. The Beast literally sat in his lap during our meeting. He casually draped his arm around the thick neck of the red dog and gave a little hug as he wrote his notes. He took notes. He had a hat. I’ll let you know more later.

Anyway, they walked with our project manager–trailed by The Spouse–around the house and pointed at things and went over the plans with visual annotations. The mantles and baseboards and window casings will be carefully removed. The remaining appliance will be wrapped and stored.

We shared contacts and established communication protocols. Mostly to not hold things in and not let the little annoyances grow until an ugly explosion. I think I’m good with that. I contributed important data about a certain person who might live next door to someone who may have a documented tendency to call the cops for nothing.

We went over lead abatement rules, plastic drapings to keep dust out of lungs and other hazmats, and construction safety instructions primarily for clients not having the entire guts ripped out of their house. This last item wasn’t necessary for our project.

We’re moving out. No need to carefully protect rooms. No protocol required to keep The Beast from escape. Our movers were already scheduled for a Friday move out.

Turns out there was a week delay on the job before ours, and the crew won’t actually start until July 5th. Holiday and whatnot.

So all my stress and planning, the anxiety over our insufficient packing progress, the pending argument over the incomplete bathroom at the interim property, and the immediate garage and basement haul are no longer on a short fuse.

I’m not pissed about the change for the move. I got two days back at work this week and rescheduled the mover without a penalty. And, honestly, while we would have made the move if we had to, I expect there would have been a weekend after the move of crashing around trying to pack up 35 additional boxes of odds and ends. This is actually a gift.

No. Im only pissed about one thing. The worst part of this project is the moving out. Moving back in will be so awesome–especially since we are doing minimal unpacking,  we will have lightened our lives of stuff, and, well, beautiful home.

No. I’m pissed because the end was in sight, only to find out the damn episode drags on. It’s like the insane killer, after killing the rest of the cast, is finally done in by the spunky heroine. Yet he refuses to die. He keeps coming back for one more battle. And one more.

I don’t like those horror franchise movies. I get no thrill. Just die already, bad guy. I got something else to do.

Thinking about it, maybe first thing I need is to make an attitude adjustment, because this episode will end. I just have to believe that I will survive it.

As I was gossiping with our project manager at their offices, the designer walked in. She was close to breathless. Her hair was mostly pulled back in a pony tail, except for wisps of hair framing her face. Looking again, it wasn’t just wisps. There were strands and full locks that escaped from her hair tie. Some were almost standing on end, as if she had been electrified.

Looking into her face, electrified seemed to make some sense. Her wide eyes were full of pupil, and she licked her dry lips. Recognizing there was a client in the house, she pulled herself up. But I saw. I could see that she was affected. She had just come back from the front line.

DCRA. The Department of Consumer and Regulatory Affairs. The city building permit office. The place where wait isn’t just another four letter word. There are other four-letter words used there, too. All to no avail.

Building permits have a legendary status in almost every D.C. resident’s construction journey. I think this is true in other cities, but I can only speak for our own.

There are stories of waiting weeks, stretching into months, for a permit, lengthening construction schedules and forcing the visions of shiny new plumbing fixtures into an indefinite limbo. There isn’t a building professional who can actually watch the entire sloth scene in Zootopia. People who have been at the DMV may laugh and cringe, but for a contractor the super slo-mo stamping and the lethargic slog of unrelated sub-ventures is too real–and too painful.

There are questions that are left hanging while someone decides that they need to complete an unrelated task in the middle of your transaction. The staffer disappears behind a wall. You might hear some disagreement, perhaps an upbraiding over who was bringing the cake for the Friday potluck and why wasn’t it being bought at Costco because everyone prefers that cake to the one at the grocery store and so what that the grocery store is more convenient, because this isn’t about you it’s about what everybody in the office likes.

Then there is the moment, the roll of the dice, the spinning of the wheel, the last card turnover to see if you have blackjack or bust. The moment when the person returns. Does she start again from the beginning? She might. Or does she simply stamp and send you on your way? Don’t look exasperated. Don’t seem impatient. Don’t show emotion. Don’t look hopeful, but don’t look bored. You have to show you care, a little.

We signed forms requesting our permits. We signed three different forms for two types of permits, and we authorized a private inspection service to save time that would be lost with the overburdened city inspectors. We don’t have to get the permits. Our designer does.

She had succeeded that day. She was a bit worse for the wear, a touch grimy for no good reason other than the experience causes impurities in one’s skin to surface. She grabbed a bottle of water and went into the design meeting. She was only fifteen minutes late.

The project manager was happy that he didn’t have to go to the design meeting. He was busy talking to a client–me. But I think he was even happier that he wasn’t at the permitting office. Just a guess.

James McNeill Whistler, the guy who famously painted his mother, went back to the drawing board–literally–to create a masterpiece.

It seems that the already well-accomplished artist felt that his work on the human form was weak. So he went about practicing and perfecting his drawing by spending hours in the studio studying and reworking images on paper. He thought he didn’t do enough work earlier. He crammed on the form of the body and the draping of fabric. He worked in chalk on brown paper or sketched in oil.

I was struck by the exhibit showing a piece of art that never was. (Well, it was, but then it was destroyed. But that’s not my point.) There were many studies, many explorations, many versions of the work. All in preparation for the final canvas, which was itself reworked, painted, scraped and repainted. This went on for ten years, incomplete. His mom thought that “he had tried too hard to make it the perfection of art.”

Ten years working on a singular painting. While this wasn’t his sole effort, it was an ongoing effort. Learning, working, improving, struggling, and doing it more.

I live in a world of immediacy, of instantaneous transfer of messages, some of which are programmed to disappear immediately. I am surrounded by people anxious to master, but in our anxiety and rush we move past the task that is completed, but far from mastered. We claim to respect and admire craft and virtuosity, yet adopt a DIY mentality, “I can do this.” And then think that we DID attain a high level–but it was just cleverness.

It’s the neighbor’s house that they remodeled seven years ago. They can’t sell it now. The work they did was good. It looked good. They were not proficient in laying floors and hanging cabinets and taping drywall. It was the first time they tiled a bathroom. Their work was more than sufficient. It was fine. But it took them much longer than the practitioners who had apprenticed and studied. It lacked the familiarity, judgement and awareness of the master. They were neophytes. It was their first rodeo. Their work did not stand the test of time.

Also, today I was reading a critique of the White House work on a cancer “moonshot.” Dr. Vinay Prasad, a cancer researcher at Oregon Health and Science University, took the idea to task. After challenging the Ground Hog Day aspects (War on Cancer in the 70s anyone?) and efforts to push drugs out faster, accelerating new therapies and opening clinical trials (none of which are groundbreaking), he identified the deficiency with the moonshot approach. The fundamental problem he sees is that a surge of concentrated effort to cure cancer doesn’t fit medical discovery. Science is a long process of experimentation, applying lessons and connecting dots across disciplines. It takes time. And mastery.

I’m wondering, what I am working on? What am I trying to master? What will I leave that will stand the test of time?

Damn, that museum trip has my mind working.