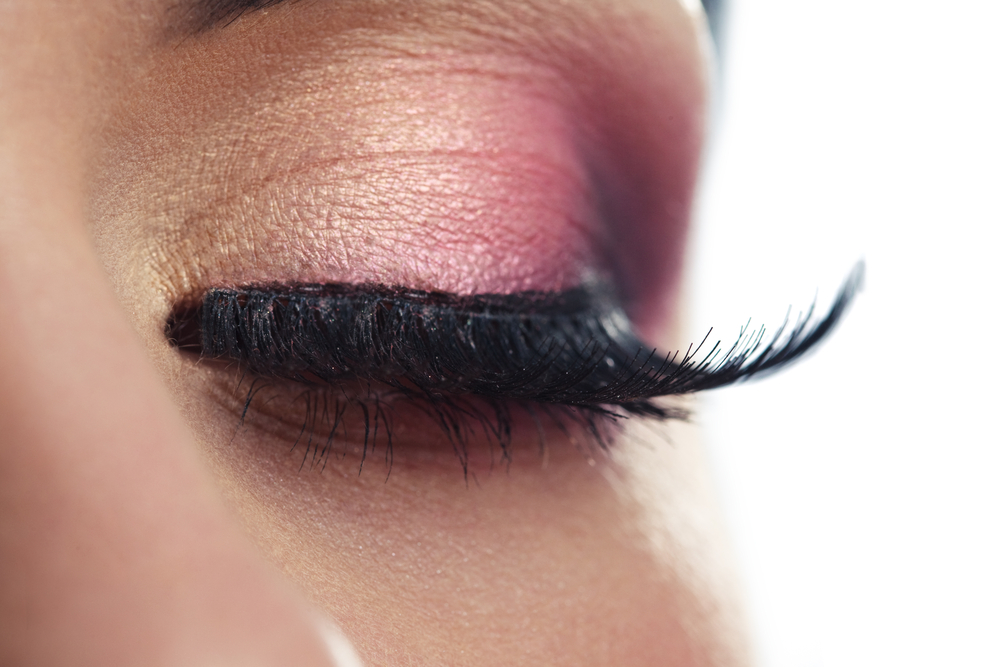 She was pretty. Her hair framed her face and the horizon beyond in cascades of copper ringlets. They were very fine. Like a chain that would knot if you rubbed it between your fingers.

She wore a crown, of sorts, to keep her avalanche of hair from overtaking her face.It was likely a stretchy beaded band.  The ornament was a tanned leather, medium brown color. The beads were fashioned together in a star-linked pattern that daisy chained around her head.

She was sitting on a bench on the train platform, sheltered by a billboard. You only saw her when you were in almost directly in front of her, give or take thirty degrees.

She was looking down at the phone she held in her right hand. You could see the light reflected from the glue that attached her long thick very black lashes to whatever lash she was naturally given. There was some black eyeliner to try to cover the glue. It did only an okay job. She had a headphone in one ear, the other bud dangled from its wire, into her lap.

Two fingers of her left hand dangled a lit cigarette. The other three fingers gripped a small paper bag. She brought the bag to her face and you could make out her palm and fingers embracing a cylinder in the sack. It might have been a bottle, but more likely a can. She drew a jolt from the bag, and, while her hand was there, she twisted the burning tobacco to her lips. She drew again.

You couldn’t help but be impressed by her flagrant swilling and smoldering on the platform. This isn’t New York. Consumption is not allowed here.  But she clearly didn’t give rules a thought as she chattered cheerily on her phone call. You hoped she finished her smoke. And you tried to give as little care as she did. 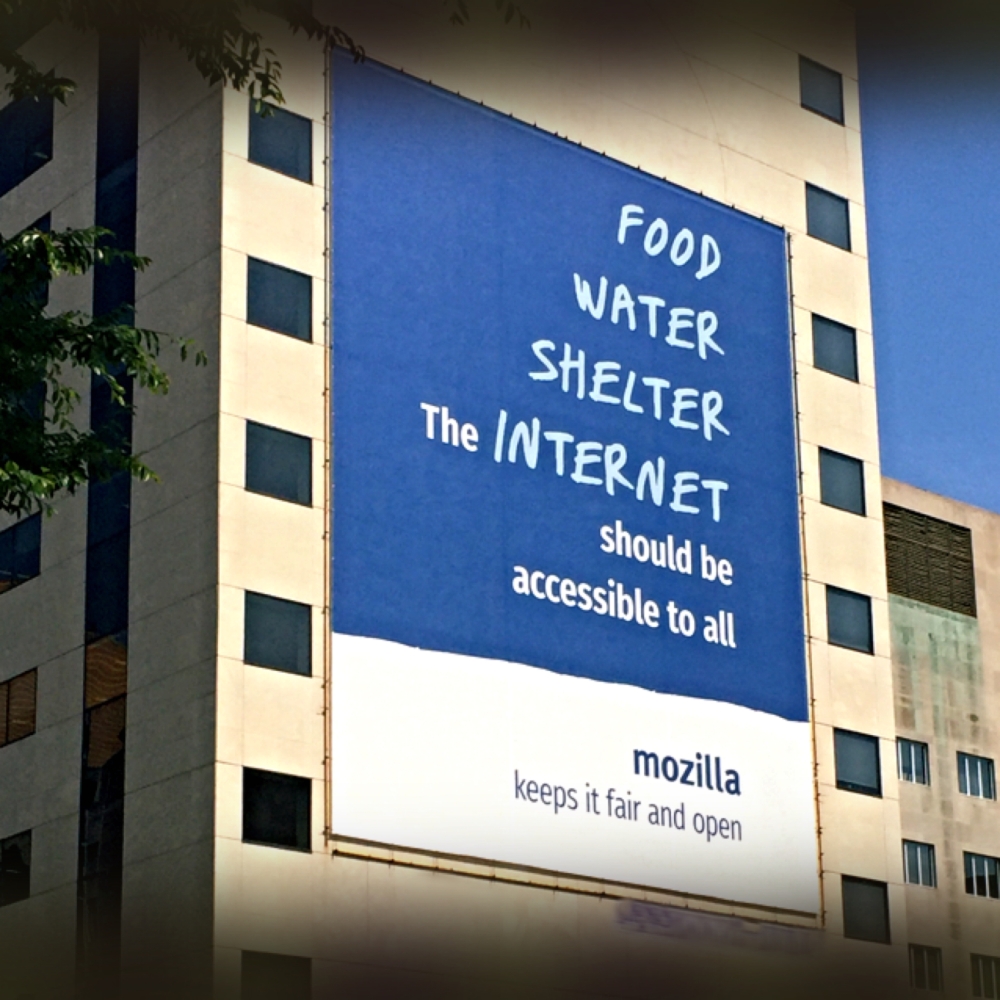 What should people have? Like all people, just because we are people?

The nice people at Mozilla–the open internet organization that spun off of internet OG Netscape and built Firefox for your browsing pleasure–defines a hierarchy of needs to include food, water, shelter and “the Internet.” Now, one could definitely take this list to task. Like how about access to vaccines and health care? Access to clean air? Access to safety?

I wouldn’t disagree with that criticism, but I saw this huge blue sign hanging off the side of a building and started to unpack this Internet thing. What does it mean? What does it mean to have access to the Internet?

We believe the Internet is at its best as a global public resource, open and accessible to all.

The tag line says to “keep the internet fair and open.” But this begs what it means to be accessible. Is simply being there enough?  Because in order to actually access the internet–if access means to use versus being passively available–there are a bunch of other things you need.

What happens when you arrive at that fair and open space? Well, literacy is pretty important since much of what’s available has to be read. Even non-text information almost always requires text input to connect to it–either typing in a URL or using a search engine or following a link.

So, maybe Mozilla is really advocating for universal education, improved infrastructure and accessibility to the devices and the ability to get value out of the devices for everyone.

That’s pretty radical. Because ensuring that the internet is fair and open only to people who have access to the tools of access is neither open nor fair.

Next up, let’s take a closer look at that list of basic needs.