As the 2016 presidential campaign drags on

An intense cold swept over them all…The cold went deeper than his skin. It was inside his chest, it was inside his very heart. . . .He couldn’t see. He was drowning in cold. He was being dragged downward, the roaring growing louder.

“They infest the darkest, filthiest places, they glory in decay and despair, they drain peace, hope, and happiness out of the air around them. Get too near a Dementor and every good feeling, every happy memory will be sucked out of you. If it can, the Dementor will feed on you long enough to reduce you to something like itself — soul-less and evil.”–Remus Lupin from Harry Potter and the Prisoner of Azkaban

This is starting to sum up the emotional drain of this campaign. The swirling cold coarseness, the frigid hearts beating hate, the hijacking of all that can be good in our country and in our political system–yes, I feel my civic soul being sucked out. I must stop it before I am left with only the cynical soullessness of us-versus-them party politics.

I need a political patronus. Something to bring light to the darkness and to protect me from the shrouded rattling of the dementor breath and the stench of the race to the bottom.

I’m thinking about the times that I would vote with my dad. We’d go to the gym at our elementary school. Our school was named Norman Rockwell Elementary School. This is true.

One time in particular, I remember us waiting a very long time in line. The voting booths were big–to me anyway–metal contraptions with a curtain that’d close behind you when you pulled a big stick in the center. Your vote was secret. You would move small levers to mark your vote. They would register in the back of the machine on a counter when you moved the big stick back to open the curtain. It made significant mechanical noises and the curtain caused a little breeze. There was a little practice booth that I played with as we waited our turn. Dad let me go into the real booth with him. He picked me up after he made his choices and let me pull the curtain open. He told me I voted. It was cool. I participated in picking a president, a governor, a senator and likely members of the school board.

This is a happy thought. I am holding and concentrating on that first vote. I’m trying to conjure the charm I need to protect me from political misanthropy. I made a spark, but there is not enough joy to make a corporal patronus.

I was very happy, nay ecstatic, another time when I stood in another long line to vote. This was in 2008, and the line to vote at my local elementary school was blocks long. In Washington D.C., 75% of the electorate registered as Democrats. It was clear that this year, as in every year, the District’s three electoral votes were going to populate the “win” column for the Democratic candidate. Yet people stood in line so that they could cast their vote in a historic election for Barack Obama, our first African American president. Everyone in line was jubilant, with shared smiles and high-fives all around. People radiated hope.

Now let me work my patronus with this most happy thought. Sigh. Not much more than a spark. Still not enough. I need to dig deeper.

Let me go for a more recent happy political memory. I’m closing my eyes and feel the  joy at the dedication of the Smithsonian National Museum of African American History & Culture. There was so much work over generations to get the museum authorized and then opened. When former POTUS George W. Bush took to the podium, there was another rush of emotion. Of camaraderie and of warmth to the president who insisted that this museum would be on The Mall. Guaranteeing that the history of African Americans would be a part of the main promenade from Lincoln at the west end to the Capitol on the east and next to the big exclamation point of the Washington Monument. An important part of the fabric of America. And the current President (D) and the former President (R) came together with thousands and thousands of Americans—representing the amazing diversity of America—to celebrate.

I’m holding this memory tight and trying to get it to spark my patronous. There is the fuzzy outline, but no, not a full protective charm. Ugh. Don’t I have a pure, happy memory?

I’m smiling now. I’m standing next to The Big Guy for early voting. We had an errand, and I stopped to vote. He pulled out his wallet and registered on the spot and voted for City Council. And he studied the voter guide for the next election and cast his vote a second time. And he voted again in 2012, his first Presidential election. And I’m thinking about the future and about Baby Bear attending a political rally and calling his buddies out for not voting. They care about what happens. They care about our democracy. They think that they can do something, and they are right.

Expecto patronum. Google translates that from Latin to “I await a guardian.”

I see my patronus now. It is bright and shiny and protecting  me from the apathy and discouragement of political dementors. I look at it, and see that the guardian is me and every other American. It is the image of America. Now, time for my chocolate to complete the cure. 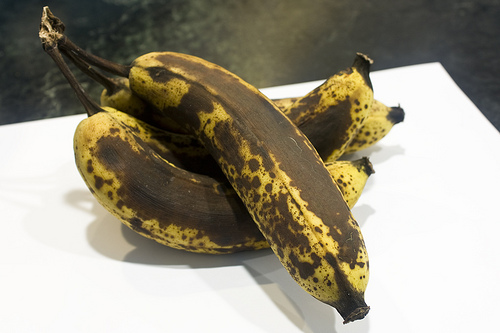 I asked the Big Guy if he watches Game of Thrones. He said he has, but not yet this season. And before I could form another word, he said he knew what happened. It wasn’t like I was going to tell him–although I heard about it, too. From the innerwebs.

He wasn’t concerned that I would tell. He just wanted to release that part of the conversation. Anyway, he said he doesn’t care about spoilers. He’s amused that fans get worked up. For him, the value of GOT is not plot–he says it’s all predictable and not that compelling. He watches it for the way it looks, the world created and the acting.

I met up with some friends who were in town from the middle of the country. We got together for a beer after they finished their Lincoln tour. Actually, the “Lincoln Assassination Tour.” The tour routes around a small circle between the White House and Fords Theatre and the house where he died.  In two hours they covered a mile and a half. They loved it.

The guide made it worthwhile. He was incredible. He told layers of stories with intricate and interesting details about Lincoln and the Civil War and John Wilkes Booth and probably some medical stuff, too. They definitely recommend it, and might even do it again. Even though, without a doubt, they knew how the story ended.

There definitely is something about being surprised at the reveal that Darth Vader is Luke’s father. Even more of a twist–perhaps even a twisted twist after Leia planted one on his lips–when we learn that Luke and Leia are twins. But while you can only be surprised that first time, you can still enjoy Mark Hamill’s lousy acting when he overacts his reaction. You can even find yourself licking your lips in anticipation of his howling, “Nooooooooooo, nooooooo.”

I have read and reread the Harry Potter books and have watched and rewatched the films. I don’t like them any less on return. In fact, I reread them and rewatch them because I DO enjoy the story. Knowing the plot frees me from frenzied page turning and lets me focus on the characters, their relationships and motivations and the themes of loss, friendship and power.

Frankly, not knowing how a bad movie turns out doesn’t make it any better. It’s still a waste of time. Actually, if you knew how it ended you might throw in the towel earlier and keep that time for yourself.

The topic of spoilers came up when I recommended that the Big Guy watch a hysterical White House video. I couldn’t tell him about it. I could, but then it would ruin it. Jokes are like that. You can spoil a joke. That is wrong. We agreed on that. You either tell the joke, or you don’t. Sure, you can retell a joke, but it’s never as funny as the first time.

Now a STORY, on the other hand… 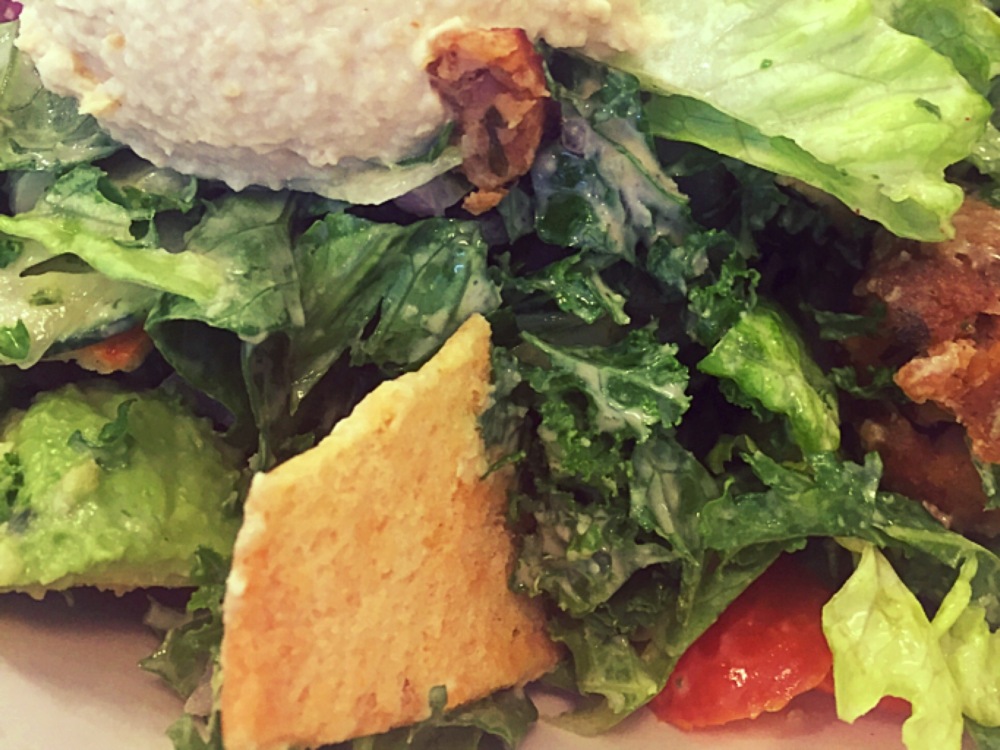 On today’s lunch hunt, I walked past the building I jokingly call The House That Doc Built.

I looked at the wall of glass and steel and concrete. Not gonna lie. I felt a prick of pride as my mind floated to creators, builders and fixers. Thinking about people who have a big impact and then fade away. In fiction, Harry Potter modestly worked in the bowels of a bureaucracy after setting the world free from evil. Katniss went back to the rubble of District 12 to anonymously raise a family with her co-victor.

If you look for “impact investing” and “social entrepreneurs” you’ll find names that once meant something. Scores of people who wore the green White House badges now toil away on whatever the next job is. Many still making a difference, just on a different, less sexy, stage.

Looking around the lunch place, I wonder how many of these people work in the building That Doc Built? They don’t know that the nondescript Doc eating the humana tahina salad in the corner knocked together a king-sized income stream that allows their revenue sucking programs to exist.

And I realized that sometimes things are from a long time ago in a galaxy far far away. Nobody remembered Luke anymore, either.

Okay, Harry Potter is not dead, especially in that is a fictional character. The actor that was Harry Potter, though, is a corpse in a new movie at Sundance.

There was some noise made about people walking out because of the noise made by the corpse, whom Daniel Radcliffe (nee Harry Potter) played, made.

So making a long story short (and I did not see the film but the Spouse did), the actor who many of us know as Harry Potter played a slightly animated dead man who performed as a jet ski propelled by his dead man farts and steered by his erection.

Yes. Just what I said.

I am so delighted that Mr. Radcliffe, formerly of Harry Potter fame, stretches his fans (and likely turns away fans) by playing difficult to understand roles. Frankly, he could just pull in the residuals from his childhood fame. He could do a reality TV show. He could go to Harry Potter conventions. But he does not.

Instead he is working on his craft. He is an actor. And he has said he has done poor work  And he challenged himself and audiences working totally exposed on stage.

Now, it seems, he is doing what he wants to do to be a better actor. I think all of us can learn from him–to not sit on your best early work but to challenge ourselves and make fools of ourselves and do good work and not such good work.