Look at this picture.

What do you see? I see some little kids who are really, really excited to see the next President of the United States. Their fresh, smiling faces are full of hope.

I want each of these kids to read great books and newspapers, make informed decisions, vote and be responsible for themselves and each other. I want them to go to college, to get good jobs and to always be as happy as they look here.

Prez-elect Obama demonstrates that being smart can be cool–book smart is cool, too. He shows that these kids can be true to themselves AND do well in school and that getting an education is not selling-out.

The Prez-elect can bring this message all the way home by appointing former Secretary of State and Chair of the Joint Chiefs Colin Powell as his Secretary of Education.

Powell gains from this, too.

When he endorsed Obama, Powell said, “I think the American people and the gentlemen running for president will have to, early on, focus on education more than we have seen in the campaign so far.” Being Ed. Secretary lets him put his money where his mouth is. Last, joining the cabinet would aid in rehabilitating Powell’s reputation. To be honest, he’s still dirty from the run up to the Iraq War. A high profile gig at Ed would be a great bookend to his public service.

I saw the picture above, and fell in love with each of those kids. And I want them to have every opportunity to be great people and great Americans. Let’s put a star at Ed. 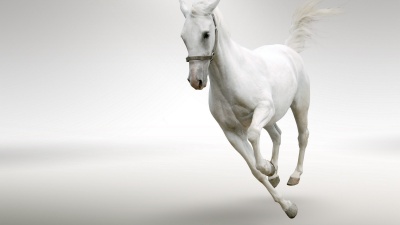 I was speeding up M-39 one year ago, at this time. I was zipping around cars to try and get to St. John Oakland Hospital.

No that’s not right.

I was creeping along up the Southfield Freeway. My flight was on time to Detroit, and the Sibs knew that I was on my way. I was really wishing that I had taken the noon flight. I got the call around ten in the morning, but it would have been too close. The next flight was 2:30. Gave me a little more time to deal with the logistics of an out of town spouse and two boys home for summer vaycay.

No that’s not right. My dealing with the logistics was: two frantic calls, throwing some clothes in a bag. I specifically packed a jacket. In case I was staying for a funeral.

The brain grabbed control back and immediately was sorry that the phone was answered. It was the Sibling who had news for me.

No, that’s not right. She didn’t have news, because I already knew. And I asked her not to tell me. I told her I would be there in about 30 minutes. I didn’t need to hear it right this second. I still had time. I wasn’t ready, and it would do me no good to know right now. “It can wait,” I said. I cried as I crawled up the “express”way.

No, that’s not right. My volume was high when I told her I didn’t want to know. She felt I had to know right then. I was so angry. I hung up before she could get it all out. I screamed. Then, I cried. I was stuck in traffic, I was all fucking alone in some strange car, in a city that I hate. I couldn’t pull over. My eyes stung.

I wasn’t so sure where the hospital was. I knew where the other hospital was, but not this one. I drove past it, had to turn around. I went into the lot and parked the car. (I think it was a sliver sedan. A white Charger maybe? Yeah, that was it, the white Charger that failed me.) I went to the desk and asked to see my father.

No, that’s not right. I didn’t know what to ask. I couldn’t see my father in the way you see someone in the hospital. It was more like seeing someone in a morgue. He was dead. So I told the woman at the information desk that I wanted to see my father, and that he was dead, and that he died within the past hour. Where would he–and my family–be?

I went into the ICU and he was there. With my mother and Sib#1. Sib#2 and SpouseOf#2 were in the hall.

No, that’s not right. He wasn’t there. His body was. And I don’t think that he had been there for a few days. So it didn’t really matter that I missed seeing him. Traffic didn’t matter. The noon flight wouldn’t have helped. But what I wanted was that all three of us were with him so he would know that we were all there. All together. All for him. The brain knew that he wouldn’t have known. Then brain went to work tending to the tasks at hand. There was alot to do, and this was all new.

No, that’s not right. The heart kept trying to poke out from the heavy blanket. It did matter.

No, that’s not right. It doesn’t matter.

No, that’s not right. It does.

My mother said something unforgivable to my sibling last week.

No, I really mean it. Unforgivable.

At least I couldn’t forgive it. But the Sib has forgiven my mother for really bad behaviors in the past.

And this got me thinking about how we communicate, what we say, the context surrounding what we say and what we actually mean.

If someone says something really cruel, really awful but doesn’t intent to hurt, is that easier to forgive? I would say, yes.

If someone says something cruel with the intention to hurt someone, is that less forgivable? I would say, yes, again.

If someone is mentally ill, AND says something cruel, both knowing and intending to inflict pain, is that more forgivable? I am thinking, not so much.

If someone is trying to protect themselves and feels that they need to strike out viciously at someone they love, are they sick? Well, Yes.

Does that make it more forgivable? Not for me.

Half the harm that is done in this world is due to people who want to feel important. They don’t mean to do harm — but the harm does not interest them. Or they do not see it, or they justify it because they are absorbed in the endless struggle to think well of themselves. — T.S. Eliot

If someone says something really mean, and they sincerely are sorry and ask for forgiveness, is that more forgivable? I think so, especially if they were really trying to right the wrong.

If someone says something really mean and never asks for forgiveness, how do you forgive?

The NYTimes has a piece today talking about the long-term effects of binge-drinking. To sum it up, binge drinking causes long-term damage that causes even sober rats to

…to stay the course, a diminished capacity for relearning and maladaptive decision-making. —Dec 29., “The Hangover That Lasts”

The author, a psychiatrist, recommends that you NEVER binge drink, but if you do, start after 40. And, if you did binge drink young, exercise can help regenerate those dead brain cells.

Damn, I wish that the President worked out more.

It’s a cold, wet morning. The raindrops hit the car with a thud. They are big.

Me: Well, it doesn’t usually snow in D.C. this early. When I was a kid, sometimes we would get snow at Halloween.
Him: At Halloween????
Me: Yah. But it wasn’t normal. It wasn’t really unusual, but not really common, either.
Him: Like it happened once?
Me: No, more like every five years or so. It wasn’t unheard of. But one of my favorite snows ever happened on Thanksgiving. At the J.L. Hudson’s Thanksgiving Parade.
Him: You had a parade?
Me: Yeah. I think they still do. But I was there with my sibs, and we were watching the parade and it was cold. And the snow started to come down. And each piece of snow was like the size of a frisbee. And each piece was big and very wet. And we were soaked through and my sister drove home and we had hot chocolate.
Him: I like hot chocolate.

Me too. Happy Thanksgiving.