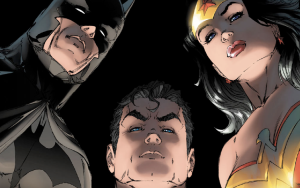 I was really mad at Hiro last week. I mean how could he kill his best friend without feeling and without regret? He did not hestitate. He took a sword and stabbed his friend–the one who loved him. To prove he is a “badass.” Just to save the world, and all.

I think it must be a huge burden to be a hero. To feel like you need to save the world. Or to know that the world will not survive without you. You are required to do really awful things, make extraordinary personal sacrifices. Not just once, but many times.

And as this election is winding down, I am thinking of the hero John McCain. People are mourning the disappearance of the “real” John McCain. The driver of the Straight Talk Express. The man willing to sacrifice his political career–even his presidential hopes–for the right thing. Like comprehensive immigration reform that almost killed his campaign. And everyone knows the incredible sacrifices that McCain made as a navy pilot in Viet Nam. People say that they would have voted for THAT McCain.

But I don’t think that is fair. John McCain had an uphill battle in an environment made for the Democratic nominee. And in order to be a hero, in order to serve his country and help steer the country in the right direction, he has made some tough decisions. Not without feeling. And likely not without regret. Just to save the world, and all.

McCain has the burden of the hero. I don’t think for one minute that it’s easy. Thanks Senator McCain.

One thought on “What’s A Hero?”