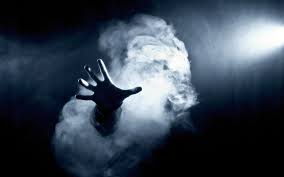 Legalized marijuana in the District stinks.

D.C. voters passed a ballot proposal that “legalized the limited possession and cultivation of marijuana by adults who are 21 or older.” It became law about 11 months ago, and while there are limits to folks lighting up in public, police are pretty much letting smokers be.

This has translated into the pungent smell of weed imposing itself on me with increasing frequency. It was a bit jarring at first. Walking to work, smell pot. Driving down the road, smell pot from another vehicle. Walking to the dog park, same thing.

And it stinks. Plain and simple, it does not smell good.

It smells like skunk. It’s our city skunk sachet. Ugh.

Today I was getting off the subway and was shocked by the smell of weed. Shocked that it smelled like the weed that scented the halls of East Quad in Ann Arbor many decades ago. Cheap weed that filled a ziploc sandwich bag for $5. Weed that was full of seeds and stems and nary a bud. It didn’t have a name (other than pot) and had the simple effects of making people giggle, paranoid and hungry.