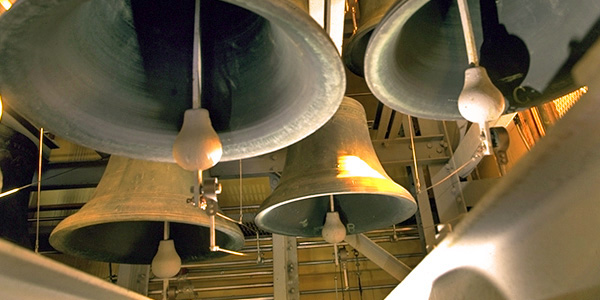 I stand in the front yard waiting for The Beast to accomplish what I thought he was set out to do based on his doleful whine at the front door. He was in no hurry.

It’s not really a cool morning. There’s the backdrop aura of a spring day, but it’s way in the back. In the fore is a damp start. We’re outside in between the rains as I expect it to begin raining again and it had clearly rained not too long before. There isn’t any bite or sting to the air and not really a chill, but some contact with the water vapor that is suspended in the air that is not as warm as the air itself.

The Beast continues to sniff around the yard. Based on his at-the-door antics, I’m a bit surprised that he is being so deliberate and particular. That’s how it goes.

I hear the bells from the church spire. I don’t know the time, so I count the verses. One, two, three. I wait for the fourth, but it’s done, signaling the third-quarter hour. Wheels are hissing on the pavement as cars go up and down Twelfth Street, kicking up the water on the asphalt and whistling it through the treads on the tires.