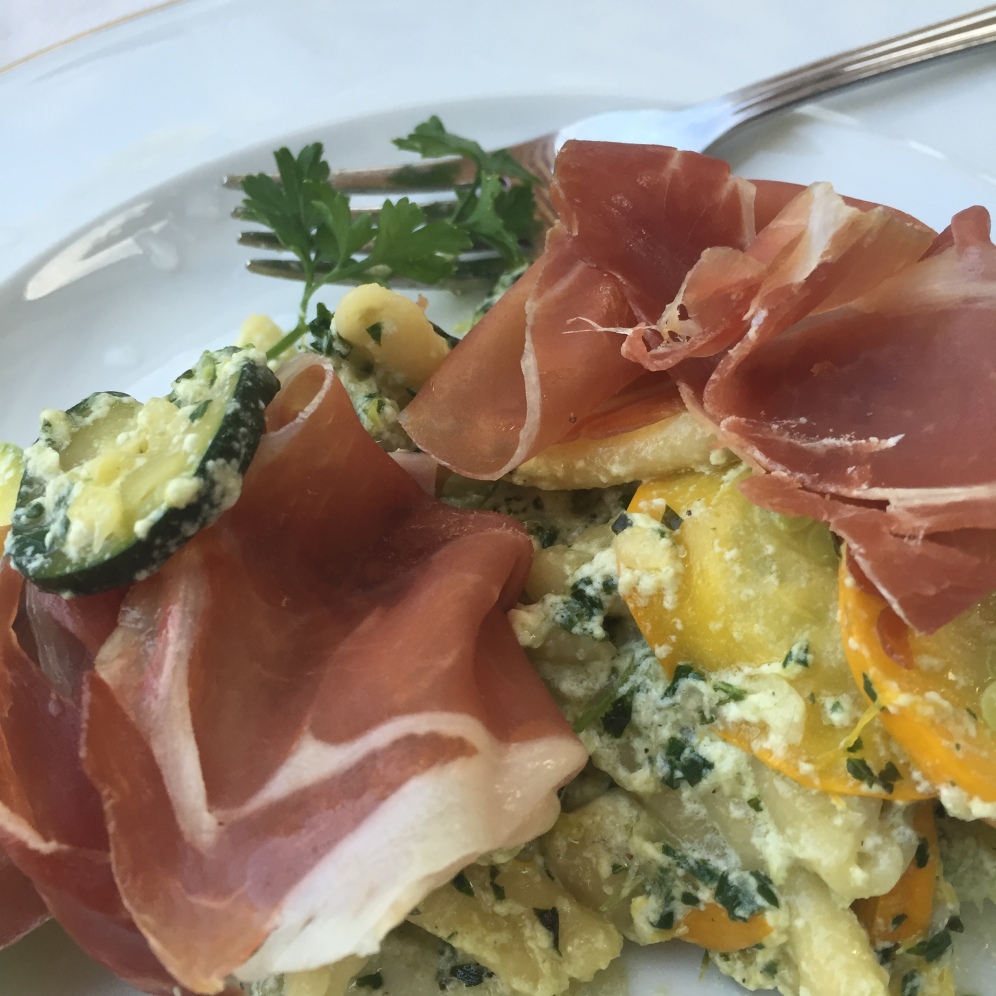 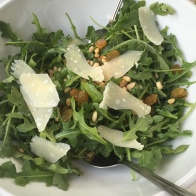 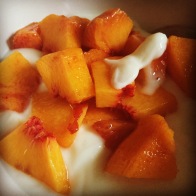 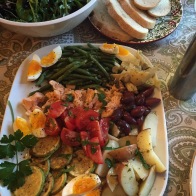 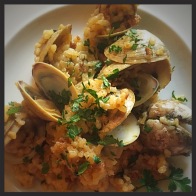 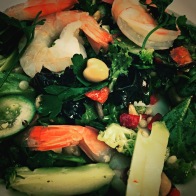 shrimp on bed of fresh greens with chickpeas and farro

I am so happy to look at my mostly barren between-shopping-trips kitchen, type the words [squash], [capers] and [mint] and find something to make for dinner. And many, many times, the results taste good. Even better, I might have added to my cook’s knowledge for next time.

Another terrific thing about cooking is that you can use your learnings to make changes or substitutions to reflect what you have on hand or your taste preferences or both.  Sometimes I’ll scroll through a bunch and take parts of two–or maybe on occasion six–and concoct something. Sometimes I look for a recipe just to get a technique or a cooking approximation. The internet is a treasure trove for cooks and cook wannabes.

Yet another terrific thing about using recipes online is looking at the reviews of the other cooks. You can get an idea if people thought that there was too much salt or too much oil or if the prep-time is onerous or if it feeds an army rather than two or if you should double the sauce. If many commenters said that the results stunk, you take that caution and move on.

A non-terrific thing about cooking and the internet are people who comment and rate a totally different recipe.

Like this one for a corn and tomato salad,

I didn’t use tomato.

What the what? It’s a corn and TOMATO salad. Rule 1: You can’t review a recipe that you didn’t use.

Or this one for old fashioned spaghetti and meatballs,

I thought this was a great, old school recipe. Like somebody’s grandma. I pretty much followed the recipe exactly, except for making the following changes: I substituted salmon for the ground beef and veal because I had some leftover. I don’t really care for Italian seasonings so I used ginger and scallions. I bound the salmon together with some breadcrumbs and egg and the sauce was more soy and mirin. We served over rice with sesame bok choy. I would give the recipe 3.5 stars if I could, but will leave it at 3 since I made a few changes.

What recipe did you make? How could you review this recipe. And, most importantly, why do we care about your version of what is definitely not Mama’s Pasta? Rule 2: You can’t review a recipe that you didn’t follow, like at all. Shut up, please.

And the final one is the person who takes offense and feels compelled to share said offense because that is NOT how his family makes it. And his grammy knows! This is most entertaining when they include their own version of the recipe so that you don’t make the mistake and prepare the food wrong.

From a vegetarian recipe for healthy “fried” green tomatoes with red pepper vinaigrette,

I am from the South and no self-respecting Southerner would make their fried green tomatoes with goat cheese. My grandma would take the can of lard or bacon fat out from behind the pantry and she’d fry them up. Also, we don’t put any fancy salad dressing on them. Just eat them sitting on the back porch waiting for the catfish to cook. This recipe is an insult to my heritage. No stars!

Seriously? Your childhood is sullied because someone is making a different version of a vegetable? Rule 3: Recipe comments are not a space for your personal therapy. Find a professional.

I know that this recipe commenting thing is a part of the broader issue of internet commenting and trolling. You know, where people comment on things that they didn’t read, comment on something that they reinterpret for their own purposes or comment so they can get something, maybe peripherally related, off their chest. [As an aside, if you want to be entertained by some of the best recipe trolling ever, go here.]

Come to think of it, I think that I just might prefer reading recipe comments over any other internet comments.*  At least there’s a chance I’ll learn something.

* except when I see your Facebook comments that say I look good. Never enough of those.