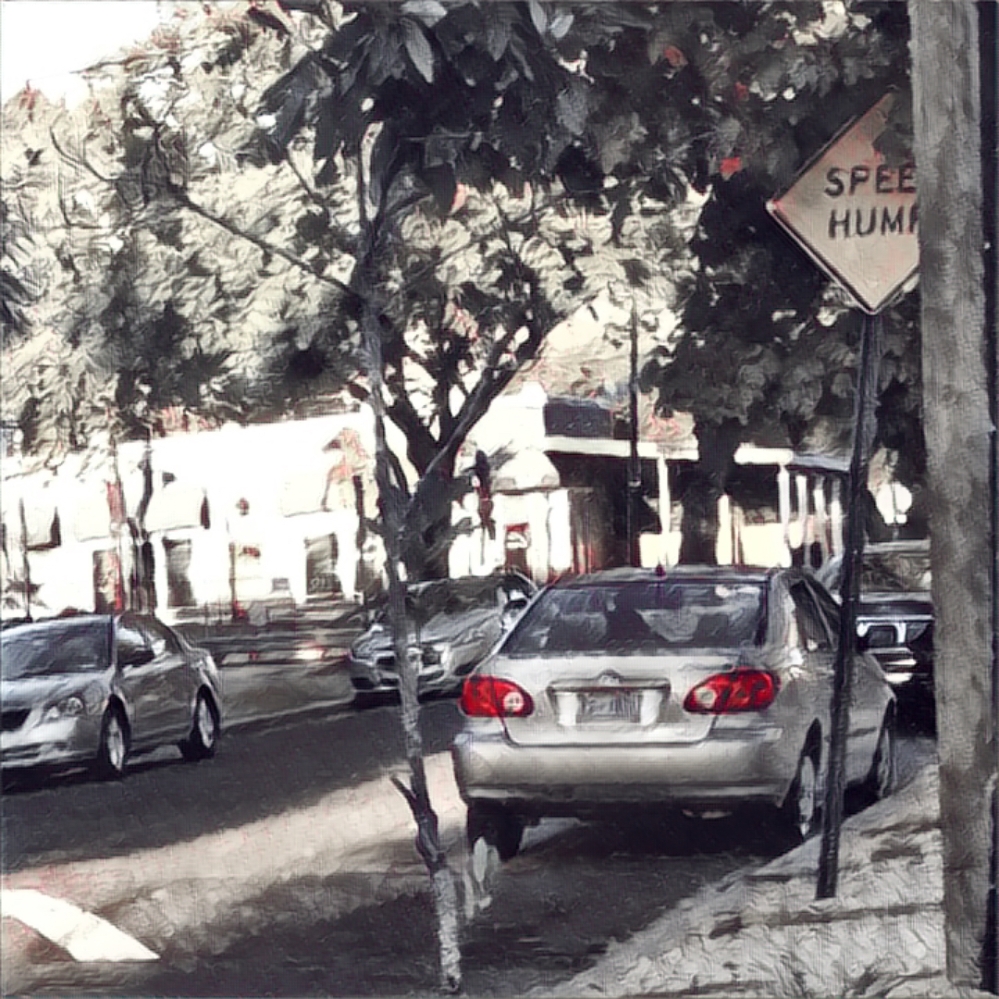 Ugh. He hated driving in the city. Well, that’s a little unfair, given he did it every day.

He preferred sitting in his own car to standing shoulder to shoulder to backpack to belly on a subway car. Even if the subway car moved and his car was sitting was in traffic.

He had his route, though. He’d leave his cul de sac. tour through the curvy roads of the subdivision, drive over the bridge and exit at the secret tunnel at E Street. From there it was a few short blocks to the parking garage. He paid dearly for his spot, but he was in control. He shifted his hours so he beat the outbound traffic. All in all, not a bad commute.

Today, though, he had to cross town. He was going to the hockey game and decided, perhaps foolishly, that he could park close to the arena. He wouldn’t need to go back and get his car. He would just need to fork out more city parking lot ransom. But he was calling the shots on his movements.

Until now, that is.

He wasn’t a speed walker, yet he felt confident that he could definitely get to his destination faster via sneaker. He was spending significantly more time with his foot on the brake than the gas. In fact, his forward progress was consisting of rolling a few inches after releasing the brake.

He had started the journey with his favorite rock bands from the 70’s blasting. He had turned off the joyous music and was only listening to the blasting of cool air from the vents. He was feeling no joy. He needed to cool off.

He started off with certainty that he would have a beer or two before the game. Now he wondered if he would get to his seat before players skated onto the ice. He tried looking out the window at the other commuters, to calm himself. Instead he saw a big white truck blocking one of the lanes. The truck wasn’t moving. There were do-gooders loading tables, trays and coolers after feeding the bums. And the bums were streaming across the street, zig zagging between the barely moving cars with styrofoam boxes. They weren’t actually gumming up the traffic any worse, but it looked like they could. That just added to his annoyance.

He was happy, if that is the right word, that he was in the left lane. He wasn’t going to let any of the cars stuck behind the white box truck into his lane. He was out of graciousness. Not without guilt, though. He didn’t try and justify his discourtesy. He was irritable and he owned it. Now he had to get around that truck for his right turn.

The congestion-causing truck made it easy for him to switch lanes. He zeroed in on the unmatched intersection. The north-south street was through, but the east-west didn’t quite match up.This caused additional traffic confusion. He slammed his hands on his steering wheel. He was likely to miss the opening faceoff.

Pedestrians streamed across the unmatched streets, barricading his turn. A trio of cyclists on those stupid city red rent-a-bikes crossed in front of him. They needed to watch where they’re going. There was almost a break in the walkers. He decided to try and thread his Camry through the crowd. If he made a move, maybe some of these idiots would stop walking and he could clear the intersection.

He stopped himself from cursing. His windows were up and nobody would hear him. No reason to uselessly swear.

His eyes darted from one side of the street to the other. Where was he going to park? Now was the time to curse. He thought for sure that there’d be easy parking. His phone rang. He looked down and saw his buddy’s name. He told the unanswered phone, “I’m on my fucking way, alright??” His buddy took the train, and he scanned for a place to put his stupid car.