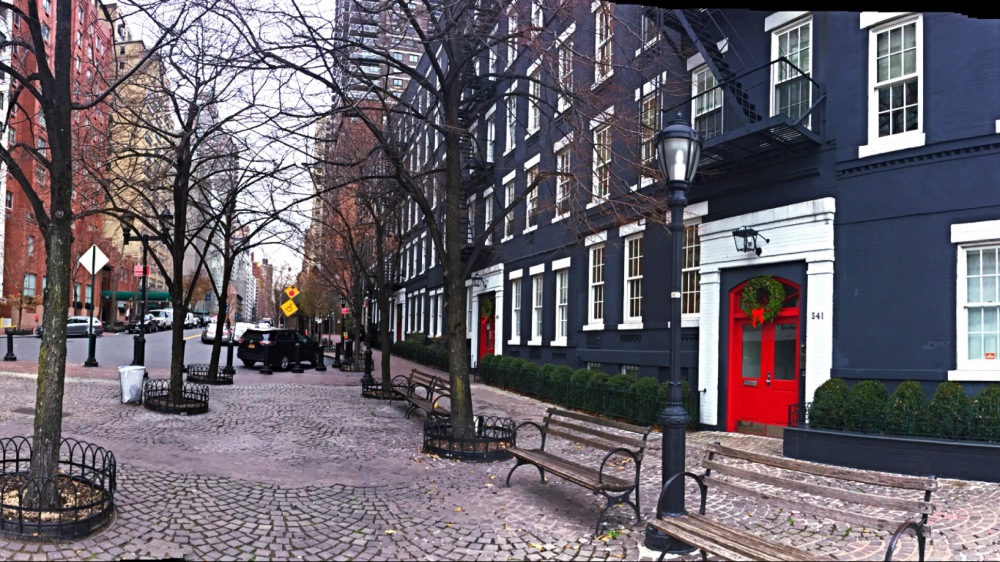 That could have been the tag line to my childhood. It was definitely the refrain to my summers.

We didn’t have camp or clubs or scheduled activities. Mom would toss us outside and tell us not to come back until dinner.

There were three of us, but we weren’t that entertaining. We’d go up and down our short street trying to find other kids to play with. They’d be different ages than us, but the older ones had to watch the younger ones so they came along. If we were playing a make believe game, the smallest would be the babies. Or the maids.

We didn’t split up by gender. There weren’t enough boys to do that. We’d all play together. Except Billy Macaroni. He was too rough. I don’t know who he played with, but one day he clunked my youngest Sib with his cap gun. She fell off the porch and cracked her head on the cement. I got spanked for this–for a reason still unclear to me decades later. Anyway, Billy didn’t play with us.

We’d play kickball in the street. Someone would yell “CAR,” and we’d all move to the curb until it passed. There was a crack on the curb for first base, a place where the concrete slabs met for second and Mr. Nick’s mailbox was third. We didn’t have officials. Usually people ageeed on a call. There were, however, spirited arguments over certain outs. They never lasted long. They’d be resolved with an agreement for a do-over. It moved the game along, and nobody wanted to have a fight and break up the game and leave us back to being bored.

One summer we made up a riff on the classic hide and seek. We called it cowboys and Indians. When the cowboy was caught, the Indians tickled them. One of the kids really hated to be tickled. We went easy on him.

This game spanned houses without kids. There was a great bush to hide behind at Miss Lee’s. That was the demise of the game. One of the older neighbors complained because we’d jump their fences. Only sometimes. Back to bored.

Another summer, I decided that we’d have a show. We watched musicals so we were putting on a musical. I wrote, directed, played a major role and marketed it. We had like eight or ten kids in it. There were rehearsals for maybe a few weeks. Or maybe a few days that seemed like weeks. We handmade tickets and distributed them to our families. Nobody came to watch. We didn’t actually do the performance.

That worked out fine. The play was a good distraction from our boredom. It was just a game.

Sometimes we’d just ride our bikes around the block. It was a crazy suburban block that had a bunch of twists and courts and a long stretch next to a main road. We always felt well accomplished after we did that circuit. Occasionally we’d race in opposite directions. It was always exciting to see your opponent pedaling like mad to the driveway-slash-finish line. Even better, when you really beat them bad and were calmly waiting for them. Usually there would be an involved story about disaster or sabotage. More entertainment!

Other times, and for some reason usually after dinner, we’d ride our bikes to the Qik Pik. If very clever, we’d con some coin off Dad and return home with a mouthful–literally our mouths would be full–of Bubs Daddy bubble gum. My favorite was the fruit flavor. The watermelon was disgusting, but the other kids liked that a lot. And sweet tarts. Also loved by many. Also gross to me.

We watched whatever was on TV that wasn’t the news. Reruns of weak sitcoms and procedurals and tons of old movies. Tons. This was an excellent wealth of data that came in handy when I did crossword puzzles to alleviate my adult boredoms.

When we went on vacation we had to confront the worst of boredom. There was always reading in car, until the car sickness set in. Then it was playing the liscense plate game–which was always a boring bust in Michigan where cars from other states were very rarely sighted. We may have cheated a bit on that game. Then we’d end up making up another game or singing silly songs and eventually and inevitably coming to blows, prompting Mom to turn around and threaten us with pulling over. We never did find out what would happen if we pulled over. There was also some sleeping on each other’s shoulders. No drool allowed, though. Someone’d get punched for that.

We’d get to the vacation cottage and had nothing to do on a rainy day. We’d figure out all the potential card games from a standard deck of cards. We’d have to re-remember the rules to rummy. We’d find a scrap of paper and play the dot game. We’d fight, too. Nobody was in charge of our entertainment. Nobody but us, that is.

Someone said that she was recently studying something with kids, and she discovered that they didn’t know what bored was.

Let me say that again. They did not know what it was to be bored. They always had something to do. Scheduled activities, electronic devices, the movie they wanted on demand, videos in the car. Never the nothingness of boredom.

They didn’t make up games and negotiate norms. They didn’t lay on their backs looking at the clouds on a sunny day making up stories. They didn’t plot with their siblings about how to get back in the house on a snow day when all the other kids got called home. They didn’t have the downtime, the motivation, the inspiration of boredom.

Now, I’m feeling lucky for all the hours that I had to fill by myself and all the coping, negotiating, creating and communing. And, I’m thinking that I’d do well to let the battery drain from my phone every now and again. For old times sake.