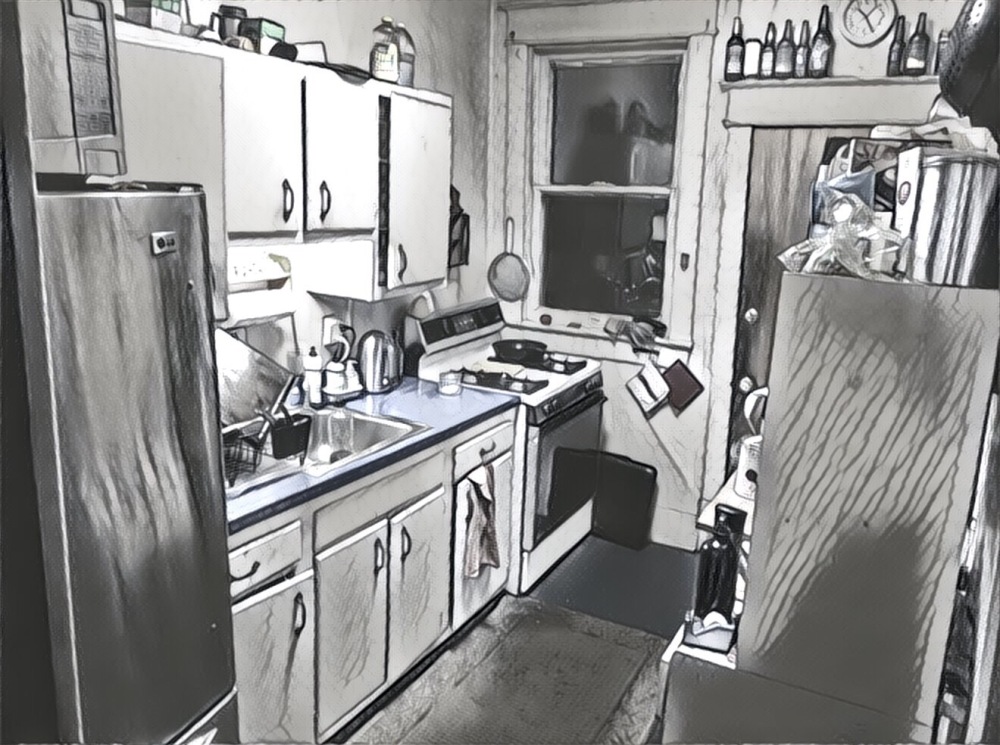 Truth be told, this was not my first rodeo. I had emergency surgery twice to complete my pregnancies. Those boys always wanted to do things the hard way. And then, a dozen-plus years later, I had six pins put in my ankle to ensure it didn’t hang at a bad angle after my free fall.

Perhaps the first two didn’t count. Both of those were epidurals. I did have general anesthesia for the orthopedic surgery. I had been knocked out for oral surgery before, but it wasn’t general. The ankle doctor warned me that I would be intubated.

This translated to waking up in a a new place with the worst case of cotton mouth that I have ever experienced. And then they gave me crackers!?! I guess to get my system back in flow. I took a nibble. I had absolutely zero moisture in my mouth so the slightly salty cracker dust sat between my cheek and my gum like a very dry and very heavy sand. I tried to float it away with apple juice, but instead the sakrete expanded and solidified into an immobile brick. I had to work it out with more juice and my pinky finger. And then all I wanted was a toothbrush–except dry mouth and toothpaste was almost worse.

This time, I was going under to get a tattoo (if you want, you can catch up with this part of the story here). I was there, cheerily in the morning. I was cheery because I needed to be. It made the entire process better for the surgical team, and being a frightened mess served no purpose.

The Spouse and I were called into pre-op, which was an eight or nine square feet space delineated by a bed in the center and a surrounding set of curtains that made a metal swoosh sound as they were drawn aside. I stepped into my bay, was given a not-cute outfit and a set of instructions. I placed my street clothes into the clear plastic bags with drawstring tops and snuggled my feet into the surgical socks with gripper bottoms likely required by the risk manager wishing to avoid unnecessary patient falls on the cold slick floors.

I wasn’t walking around, though. I was on my cot with my jacquard hospital blanket tucked under my elbows. I had my surgical gown on, but didn’t need to wear my green mesh hat until later.

Pretty much everyone in the hospital verbally verified my name and birthdate as they spied the data printed on the plastic bracelet around my wrist. The first year resident put in my IV. He totally blew it and got blood all over my bed and uncleverly hid it under my hand. He then had me apply direct pressure to stem the flow until the weary nurse fixed his mess. She did make him clean the floor.

There were additional residents and medical students, nurses and nurse anesthesiologists, techs and transporters, my doctor and his assistant and the anesthesiologist herself. They all name-checked and proofed me.

Everyone was very polite and, more importantly, kind. I teased the youngins and joked with the pros. The Spouse shuffled between the single guest chair and the space just outside the curtains, depending on the staff directions. I liked it when he was closer. I think the staff did, too.

We did our schtick–where we trick everyone into thinking that we had deep affection for each other via our cruel and cutting banter. There really wasn’t reason to be too worried about this procedure, but it was the start of a series of procedures with more worry. But today, we were keeping it light.

It was close to showtime. My gurney was flanked by the transporter, a pair of nurses and the anesthesiologist who stood at my right. She patted her breast pocket.

“This is the good stuff,” she smiled. I didn’t know there was any “good stuff.”

Turns out they give you some pre-juice before wheeling you into the operating room. She explained that the syringes in her pocket didn’t completely knock you out, but relaxed the patient. I would be awake but wouldn’t remember anything.

I was a bit suspicious. “Is this like some kind of truth serum?” Everyone laughed, the nurses, the transporter, the Spouse and me.

“Naw. We won’t quiz you.” She pumped the happy juice into my IV and I woke up two seconds later in the recovery room. Well, it wasn’t two seconds in a literal sense, but that was all I knew.

I had my apple juice and skipped the snack. While I avoided the dry crackers, I did have real moisture in my mouth. After a short stint, I was unhooked from the monitors. I changed back into my civilian clothes. Not long after, I was dropped off at home for an uneventful day, and the Spouse was able to squeeze in a half-day at work.

That evening, when we sat down for dinner, we went through notable moments that day–the funny socks, the charming nurse, the failed resident and the happy juice.

“Hey, did I say anything after I got that shot?”

The Spouse looked at me for a second before he answered. “Why, yes, you did.” The way he said it made the hair on the back of my neck stand up a little.

He paused again. “Well, as they were wheeling you away, you pointed your finger at me and said, ‘You will not stop me from redoing the kitchen this time!’ And all the women around your bed [there were only women] looked at me in horror and said that I better get you that new kitchen.”

Whoa and WHAT? I had no idea where that came from. Really and truly, I didn’t. This hadn’t been a major point of discussion or contention. That morning, I was going to have a procedure to mark the tumor in my mouth. I had this cancer shit on my mind, and of all things, I talk about a stupid kitchen remodel?

And, Loyal Reader, three years later, that’s how we got here.