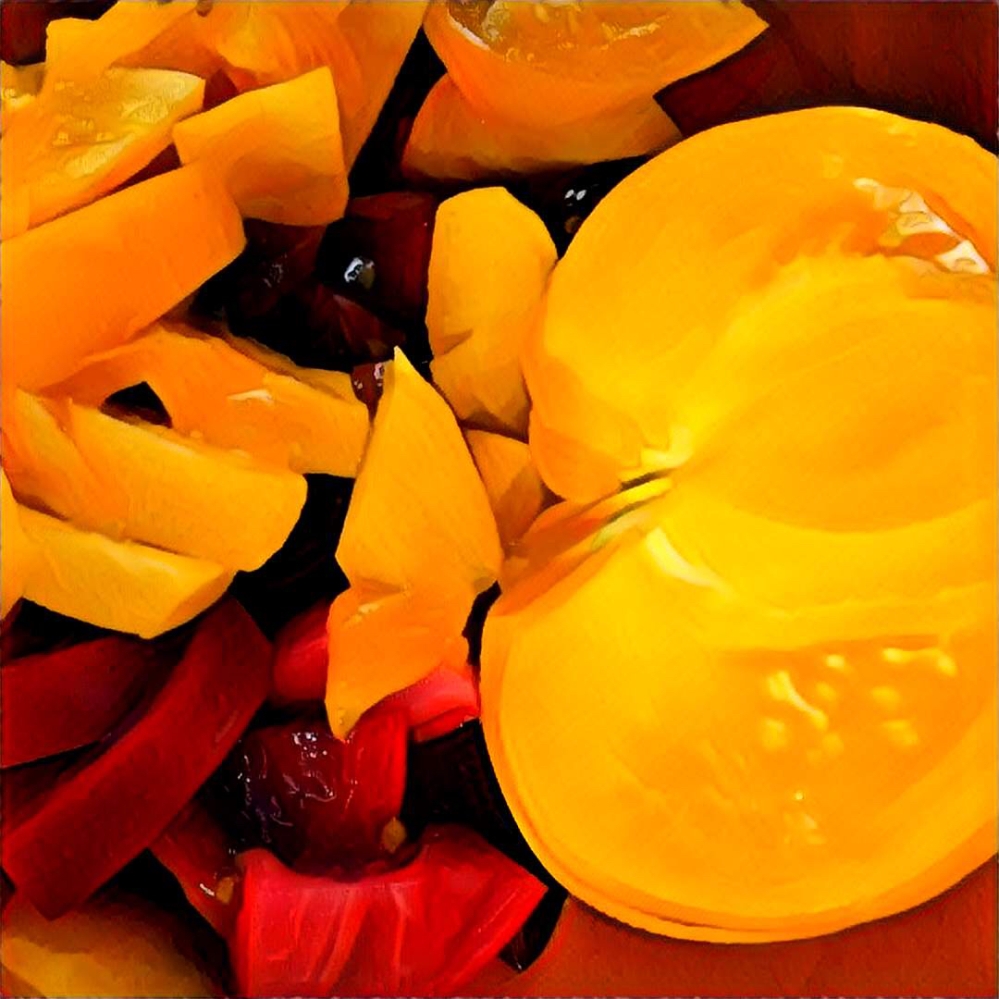 They were special tomatoes. Heirloom, as if they were passed down in the family. But it is actually an excellent ploy to extract more dollars per pound for tomatoes that look much less than perfect–in color, shape and demeanor. They are supposed to taste extra good, but in that way they are just like other tomatoes. Sometimes they taste good. Sometimes, not so much.

These were nicely ripe. They were heavy and felt fluid-filled. The tomato would give to pressure from a finger, but return to shape almost immediately. Holding it, it was heavy. Bringing it to the nose, it smelled of itself.

It put up some resistance when I put my knife to it’s skin. It swelled slightly under my hand and then ceded with almost a sigh. Gently sawing the surface, it soon gave way beneath the flesh to a wet, almost gelatin middle, flecked with seeds. After cutting in half, I removed the top of the core then went to work, sliding the knife again and again, making irregular cuts for the salad. The cutting board was filling with juice that I tried to capture by scooping the pieces onto the knife and dropping into the bowl.

There was a big yellow tomato and a red tomato with green. I topped them with swirls of extra virgin olive oil, a scant tablespoon of sherry vinegar, a few turns from the pepper mill and coarse salt. I stirred and let it sit on the table to let the juices ooze out. The better to dip the crusty bread in and get every last drop.