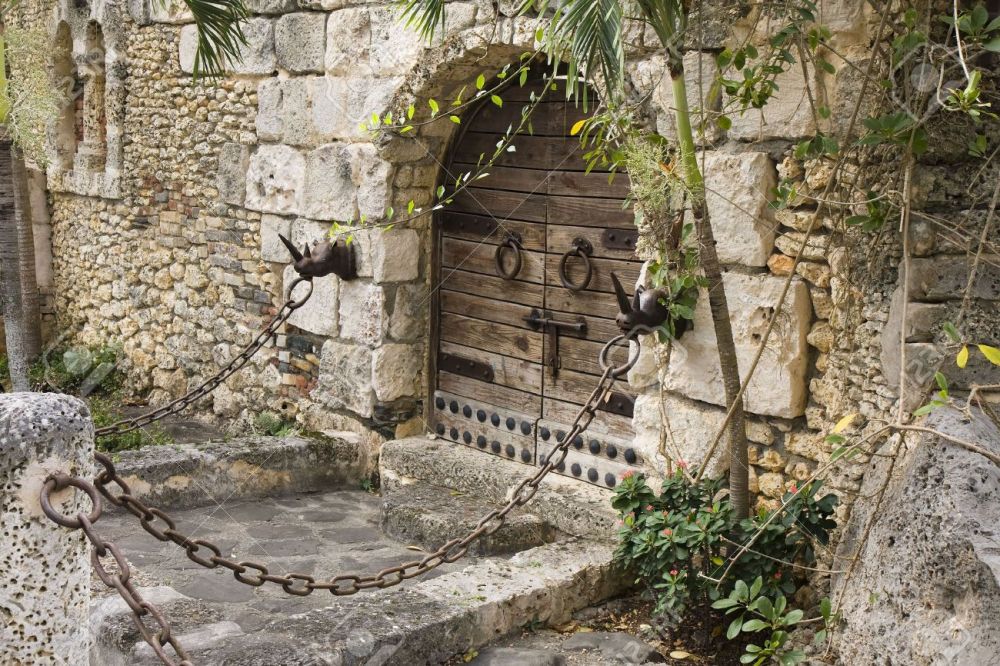 When I was a wee Doc we lived in The Old House. The house wasn’t especially old, but we called it The Old House to differentiate it from The New House. We moved to the new house just before My Older Sibling started kindergarten.

The New House was fully and completely new. It stood on what had been a part of a good-sized dairy farm that was subdivided into new blocks of varying sizes with twisty roads, half circles and a few cul-de-sacs. There were two very tall and very impressive trees. They were like Ents. The rest of the greenery was new sod and very young, very slow growing trees. When I left for college they barely provided shade.

The Old House, on the other hand, was surrounded by big old trees in the front and in the back. Indeed, the entire street was protected by limbs stretching and trying to touch their brethren across the street. Dappled gold and bursts of saffron would sneak through the small breaks in the big green canopy like specks of amber in hazel eyes. Closing my own, I can still see it, and feel it.

There were two very frightening things on the street with The Old House. First, the bees.

We were terrified of the bees. Someone told us that if they saw you move, they’d come after you and sting you. They were huge bees, the size of golf balls. No. Tennis balls. They would buzz back and forth among the flowers of the old lady down the street. We called her grandma. Her flowers were lovely, except for the bees that hung in front of the flowers. They looked like they were on wires that someone would occasionally move–either a small jerky up and down motion or a smoother left to right. We would spy them and very carefully, silently and slowly, holding our breaths, walk past grandma’s house.

Aa soon as we passed her property line we’d explode like a pinball out of the chute to our friend’s porch to play. I remember a bunch of cement steps to her porch. It was dark and cool, likely from one of those ancient elms. I don’t remember what we played, though. I think we launched ourselves off the steps.

The other terror was another neighbor’s dog. It would bark in a vicious manner. It was very loud. It’d throw itself against the fence to try and break through while full of snarl and howl to intimidate us as we walked by. And that monstrous dog was on the other side of the street. He really didn’t have to go to all that trouble. We weren’t allowed to cross the street.

One day I was walking back home by myself and the dog was banging against the fence. I was spying for bees and looking back over my shoulder across the street to see him break through. There was no worry and creeping past the bees. I took off as fast as I could to my house. The dog was gaining on me as I ran up the driveway through our open gate. I used all my strength to push the chain link gate closed, and it latched just as Cujo bashed into it. I lay on the ground for a second, catching my breath and watching the insane tirade of the evil dog. Worried he’d force himself through my barrier, I ran around the side of the house to the door and pushed my way to safety.

I was four when we moved. I don’t remember going back to The Old House for a long time.

The next time I saw the house, I was with my Dad. He was visiting our old neighbor, who was his best friend. It was maybe ten years later. I walked up our old driveway to the astonishing fence that saved me from that demon dog. Really, the fence wasn’t as astonishing as I was astonished. The gate that I remember breathlessly dragging to save myself from that ferocious canine wasn’t much more than two-feet tall. It would barely keep out a Jack Russell Terrier. So the dog that was chasing me was not a mastiff. Makes sense. Everything was bigger when I was smaller. I had a good chuckle.

I remembered this fence today. It came to me as I was thinking about fear. What are we afraid of? Do we let the objects of our fears grow huge before us? Or do we take a closer look and see them for what they are? Do we keep the images we had when we were most afraid, or do we gain perspective over time? Can we apply new knowledge to dissect and examine our experience and use that understanding to grow? Or do we stay stuck in that moment of terror, never to lift our heads again?